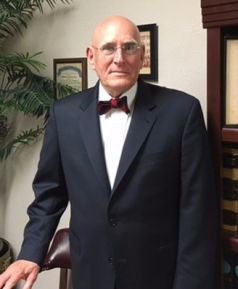 Helping people get through difficult situations is why I love what I do. I'm proud to use my skills and experience to provide relief for anyone in need of help.

Bill Bowlby is also a practicing member of the State Bar Bankruptcy Sections. He's a member of the Oklahoma and Canadian County Bar Associations, and he's been Martindale-Hubbell “Peer Review” rated “A” 25 years.

His Civil Law practice began with the partnership of (the late) Eugene Matthews and James P. Kelley from bar admission until 1973. He then joined the partnership of Fagin, Hewett, Matthews, and Fagin at its founding and later became a partner. After eventually leaving the firm in 1987, he established his own law practice, where he continues to serve clients throughout Oklahoma City, OK.